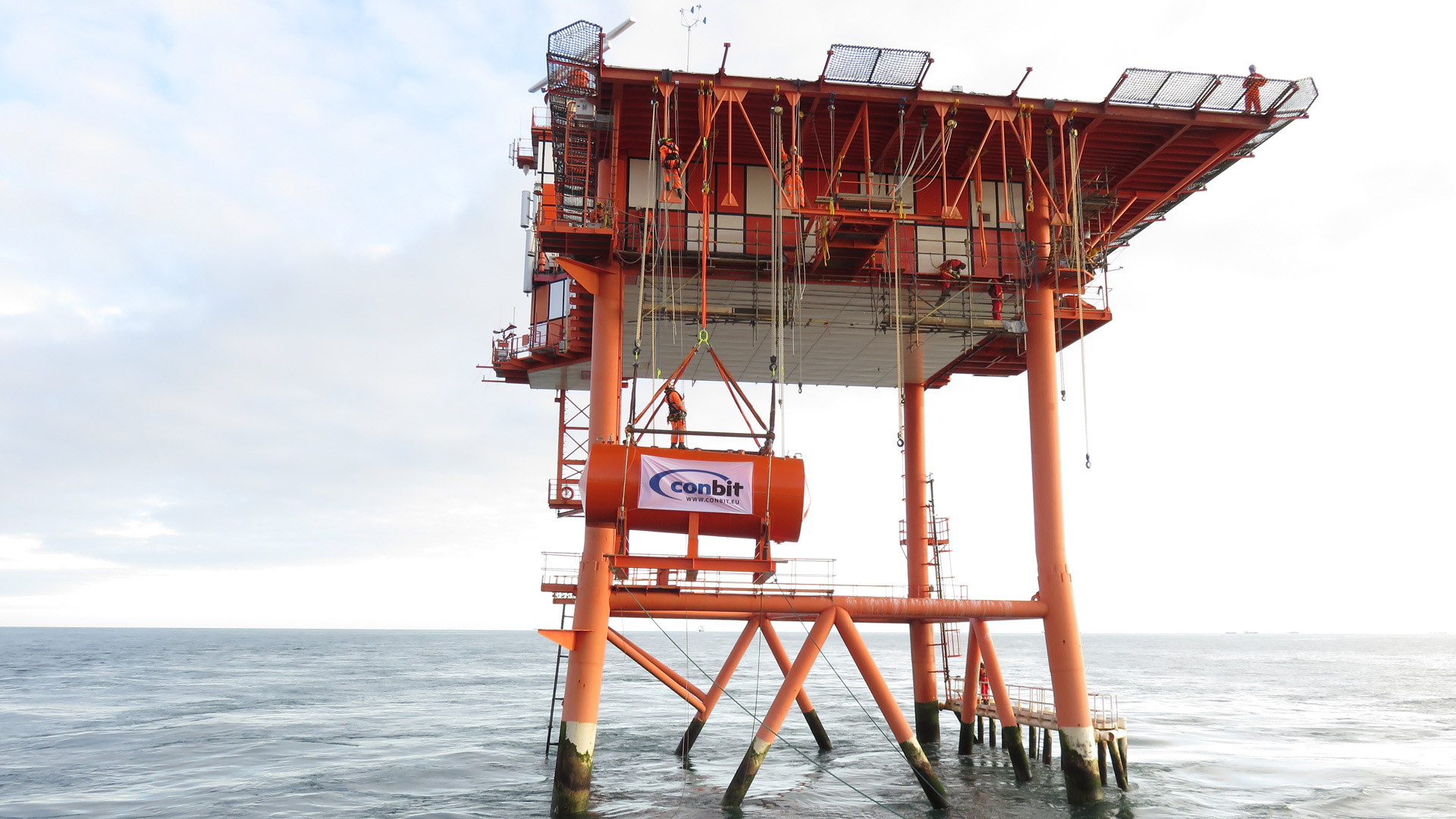 Venko Offshore needed to replace two diesel storage tanks on the Goeree Platform located in the Dutch sector of the North Sea. Venko contracted Conbit to do this project because of its below-deck lifting know-how and extensive experience in offshore operations. The project was executed during the winter. 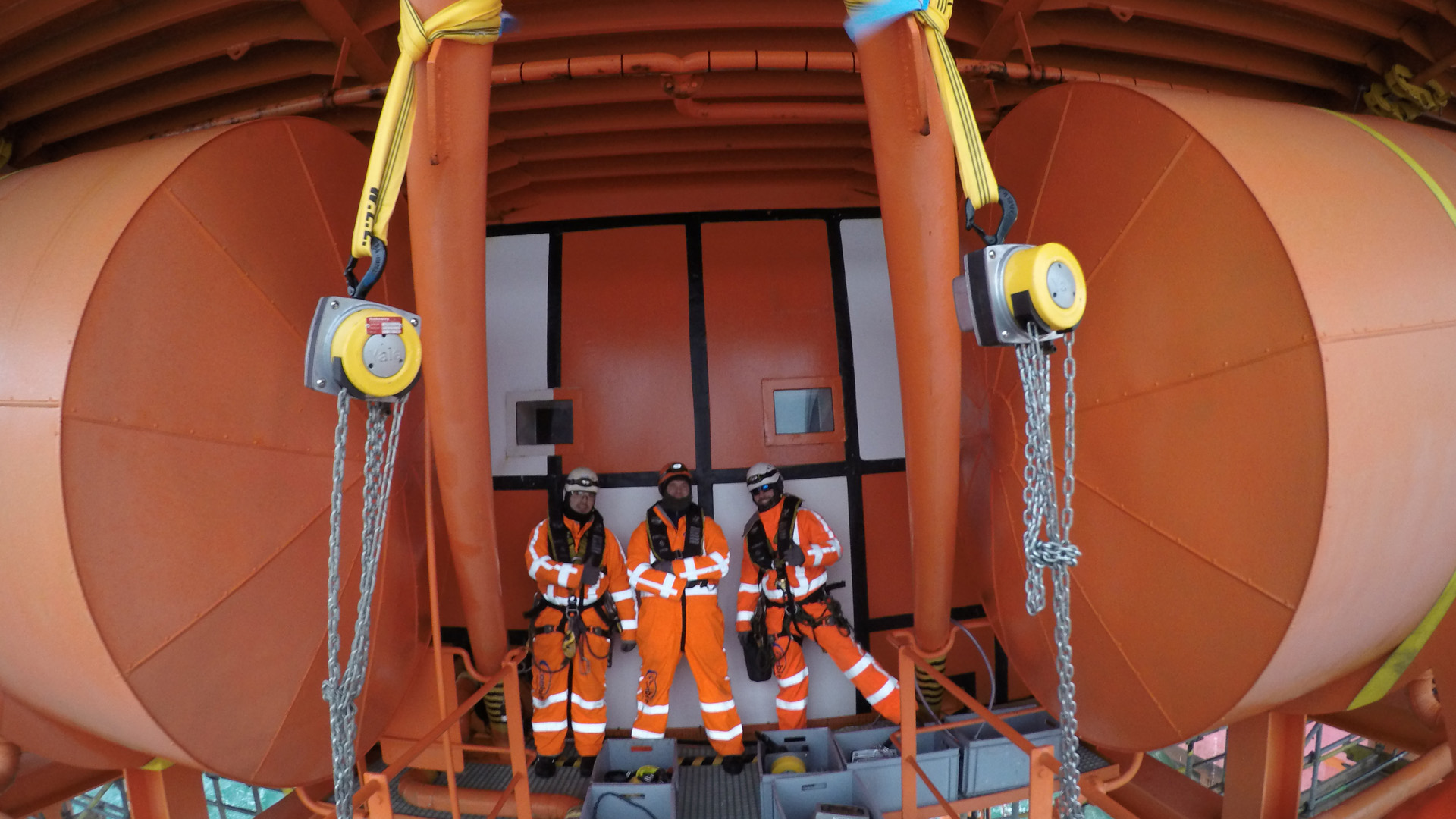 The tanks were over 35 years old and started to show corrosion signs. The platform’s owner decided that the tanks needed replacement and assigned the project to Venko.

Each of the new tanks, including its supporting structure, weighs approximately 9 tonnes. Both are 2.1 m in diameter and 6 m long. The tanks are positioned under the helideck and supported by saddles and beams.

Executing a project during the winter requires a unique mindset. Daylight is short, and there is a limited weather window for performing overboard works and offshore lifting operations.

Conbit analyzed several alternative solutions for the tank replacement procedure. Using several sling configurations, the chosen method involved replacing the tanks and their supporting structures in a long series of rigging and lifting steps. As the tanks were so heavy, the team needed to identify sufficient strong points and rigging equipment to execute the procedure safely and effectively.

The most crucial step was the in-air handover of the suspended tanks to the shore as it highly depended on the weather. The Conbit team arranged all the steps and equipment to replace the two tanks in series or parallel (i.e., simultaneously). Hence, they needed to coordinate the offshore planning to the weather forecast during project execution.

It was easy to use the slings with the old tanks because it didn’t matter if they got damaged. However, the new ones were more challenging.

The tanks were isolated with a thin metal covering shelf. The slightest impact could damage them. Therefore, the team designed a dedicated lifting frame on top of the new tanks. Keeping the frame above the tanks in all phases of the lifting procedure was the main design challenge. 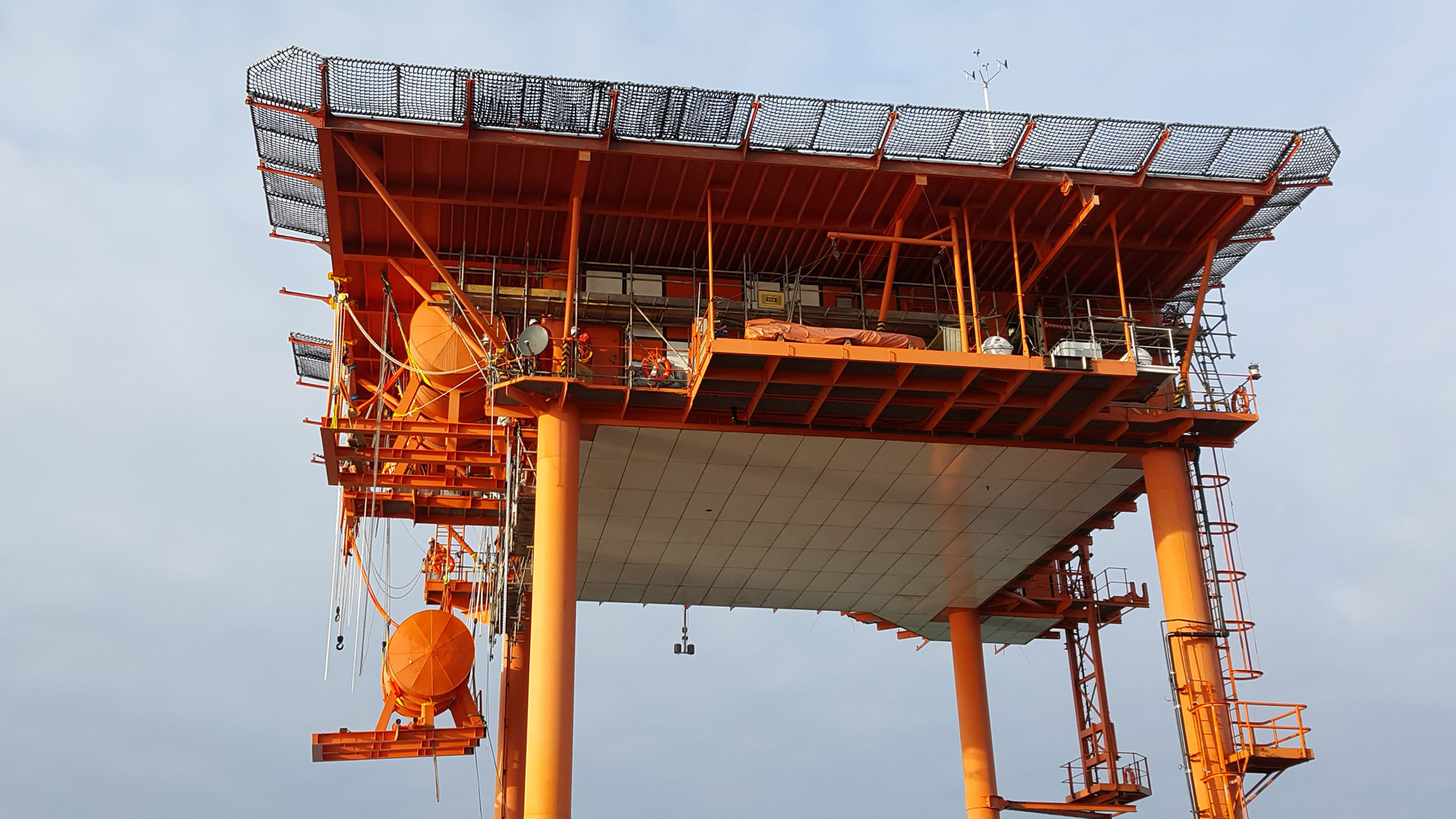 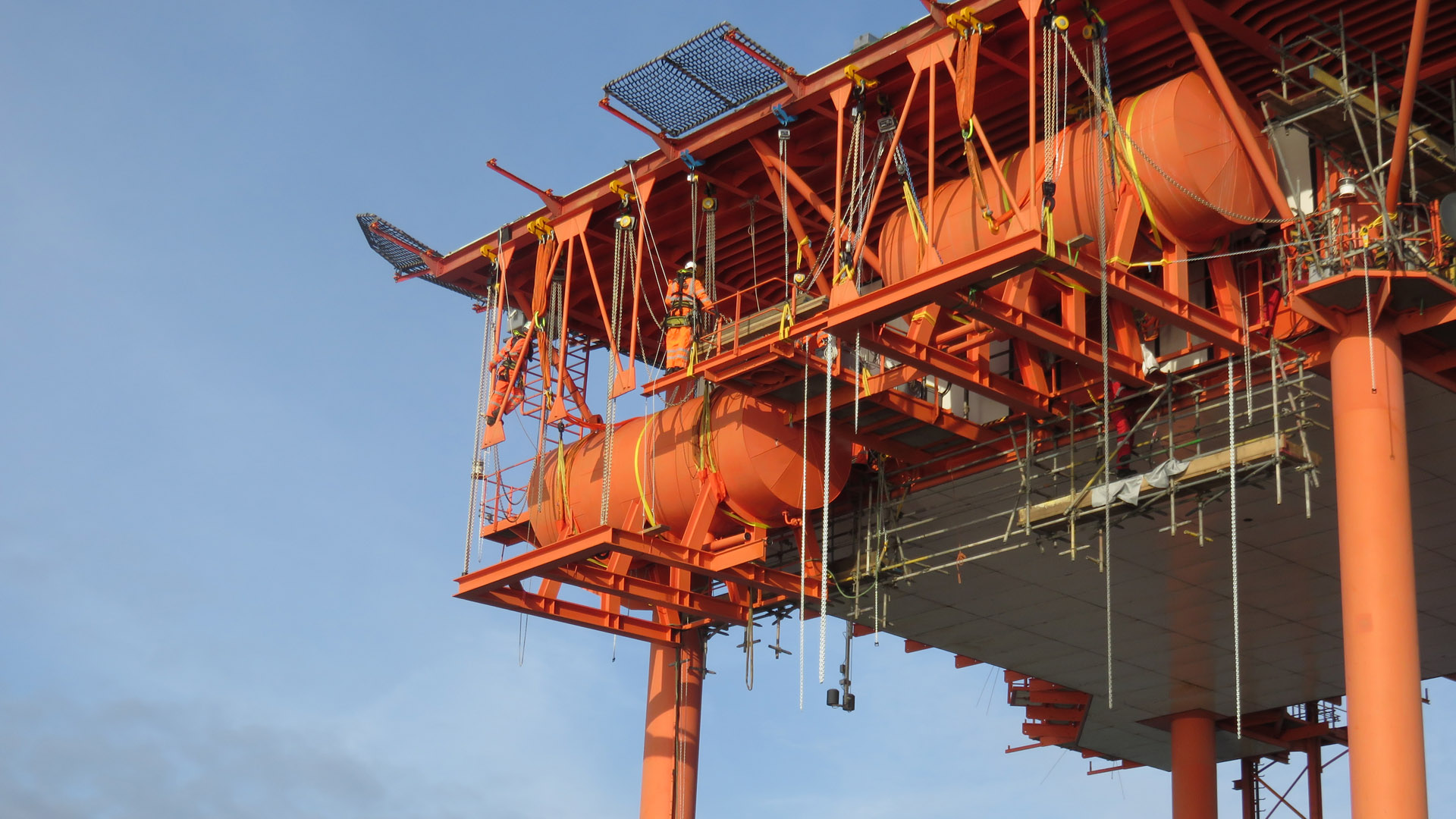 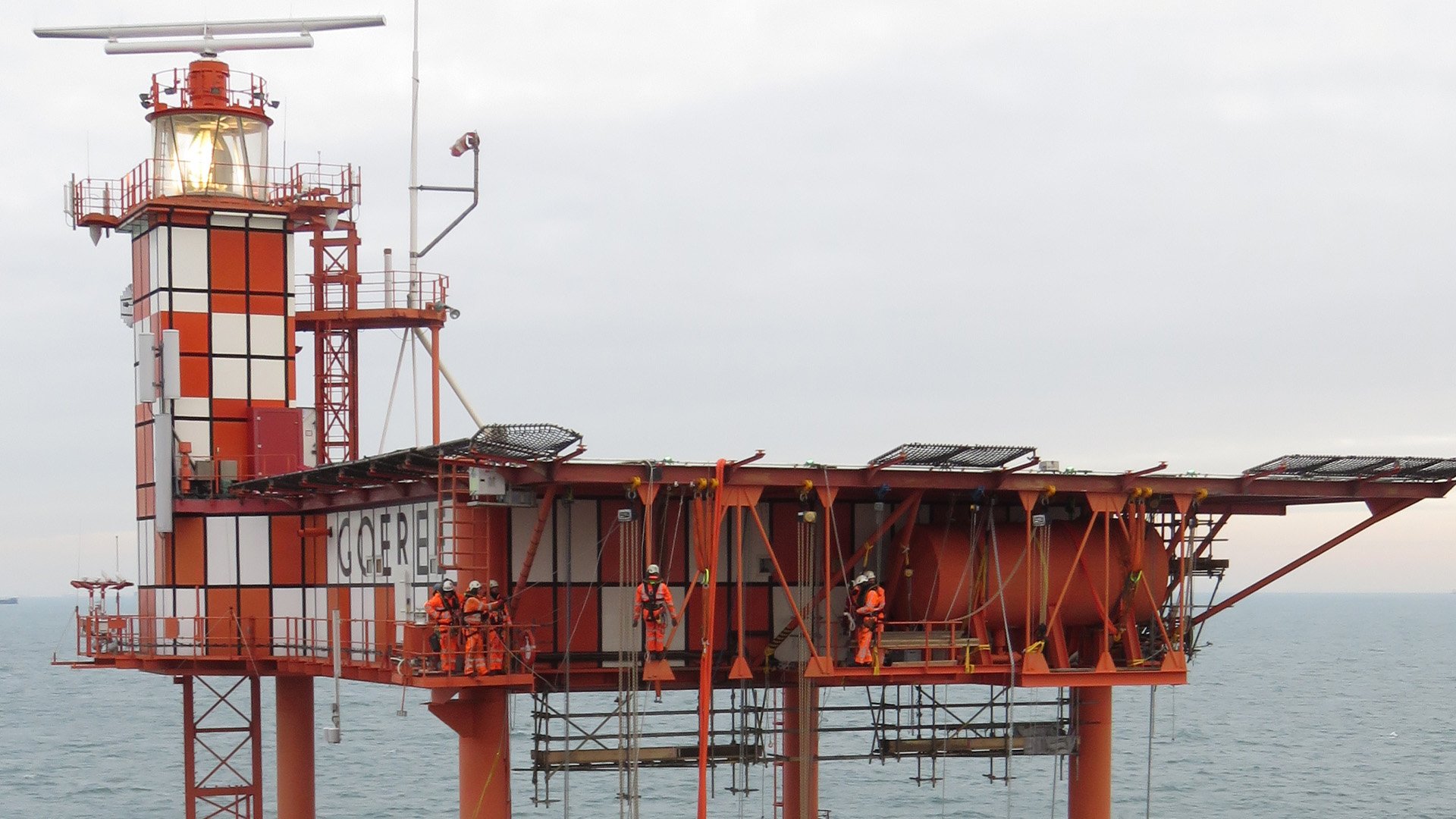 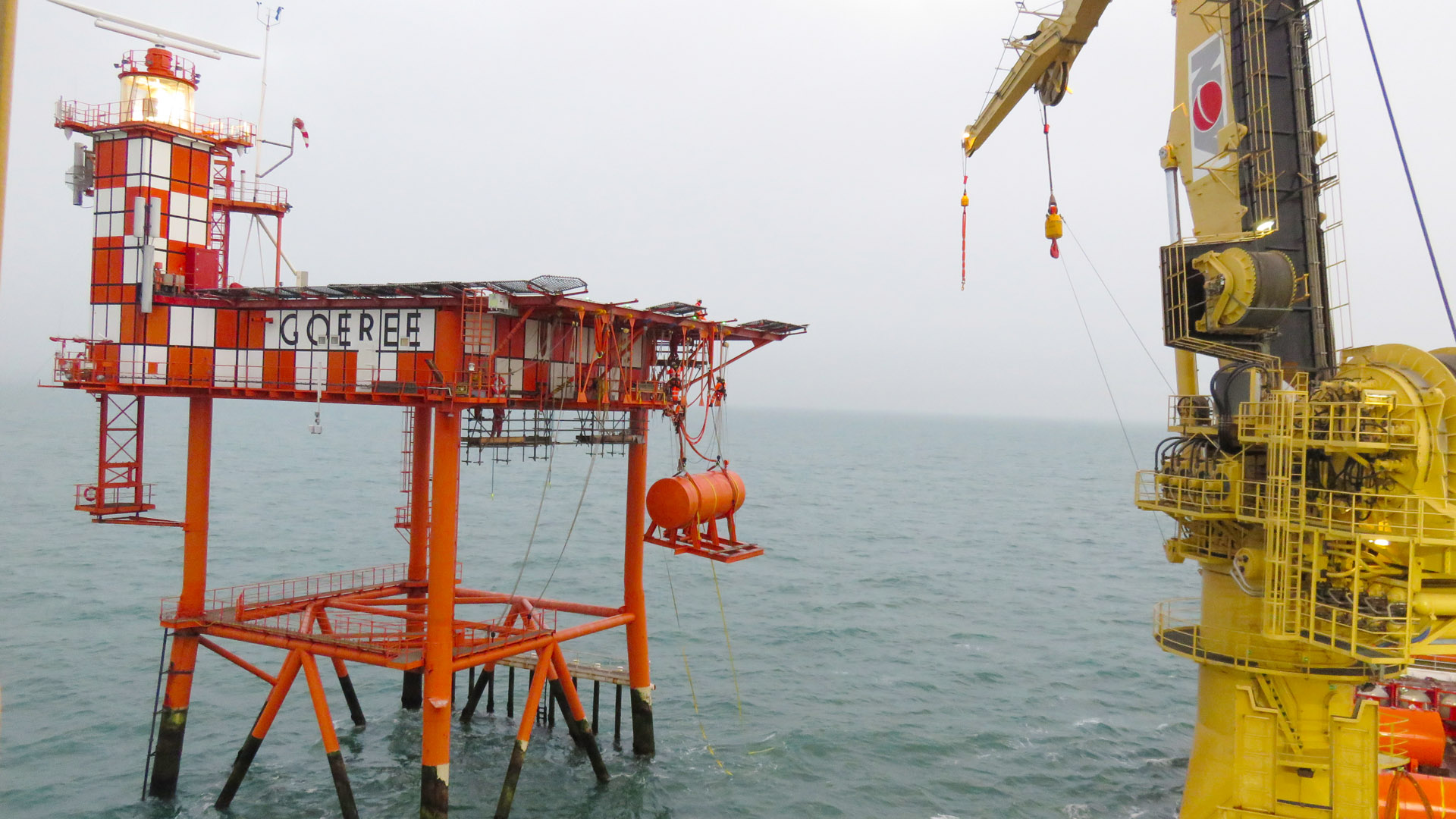 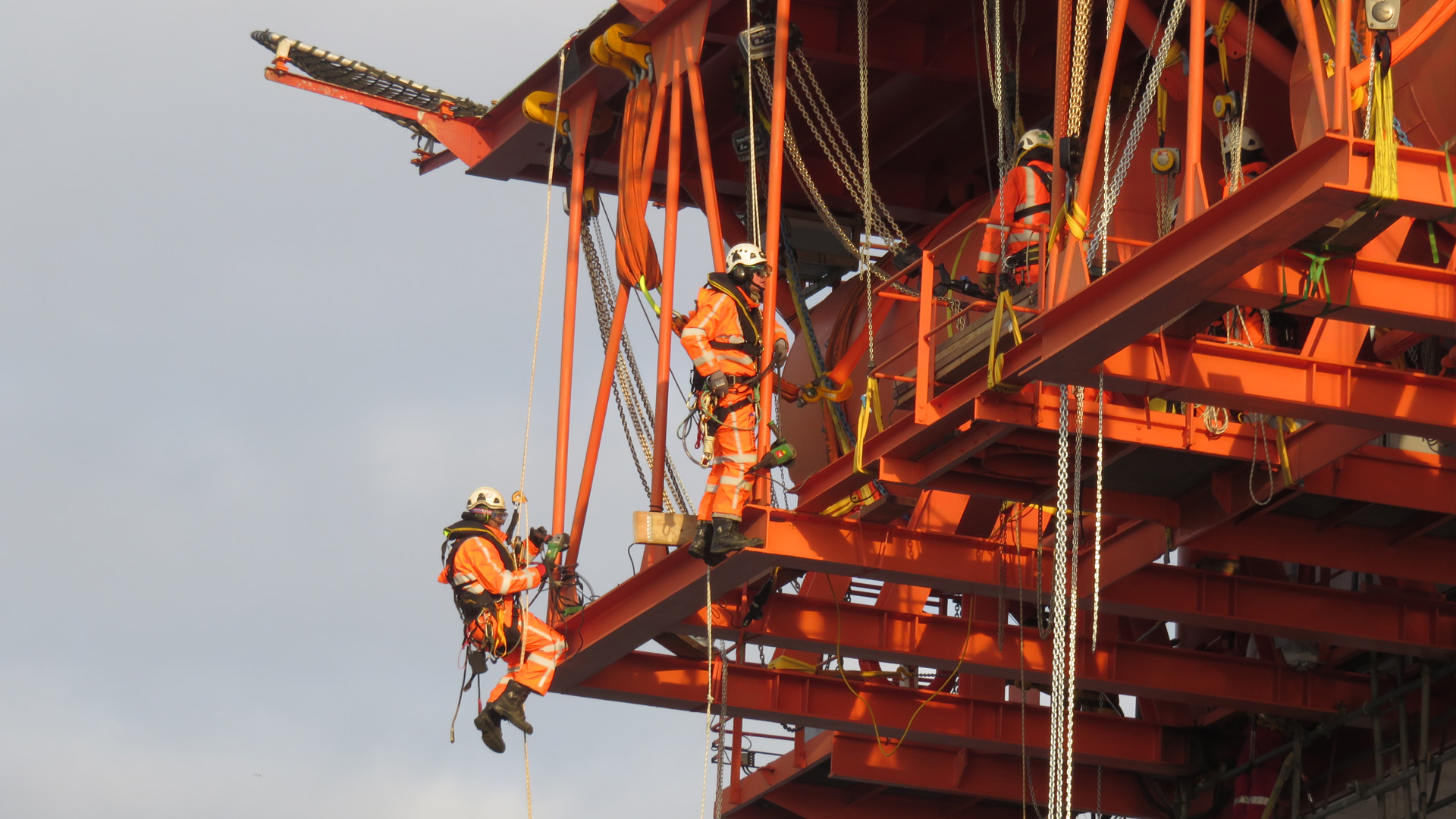 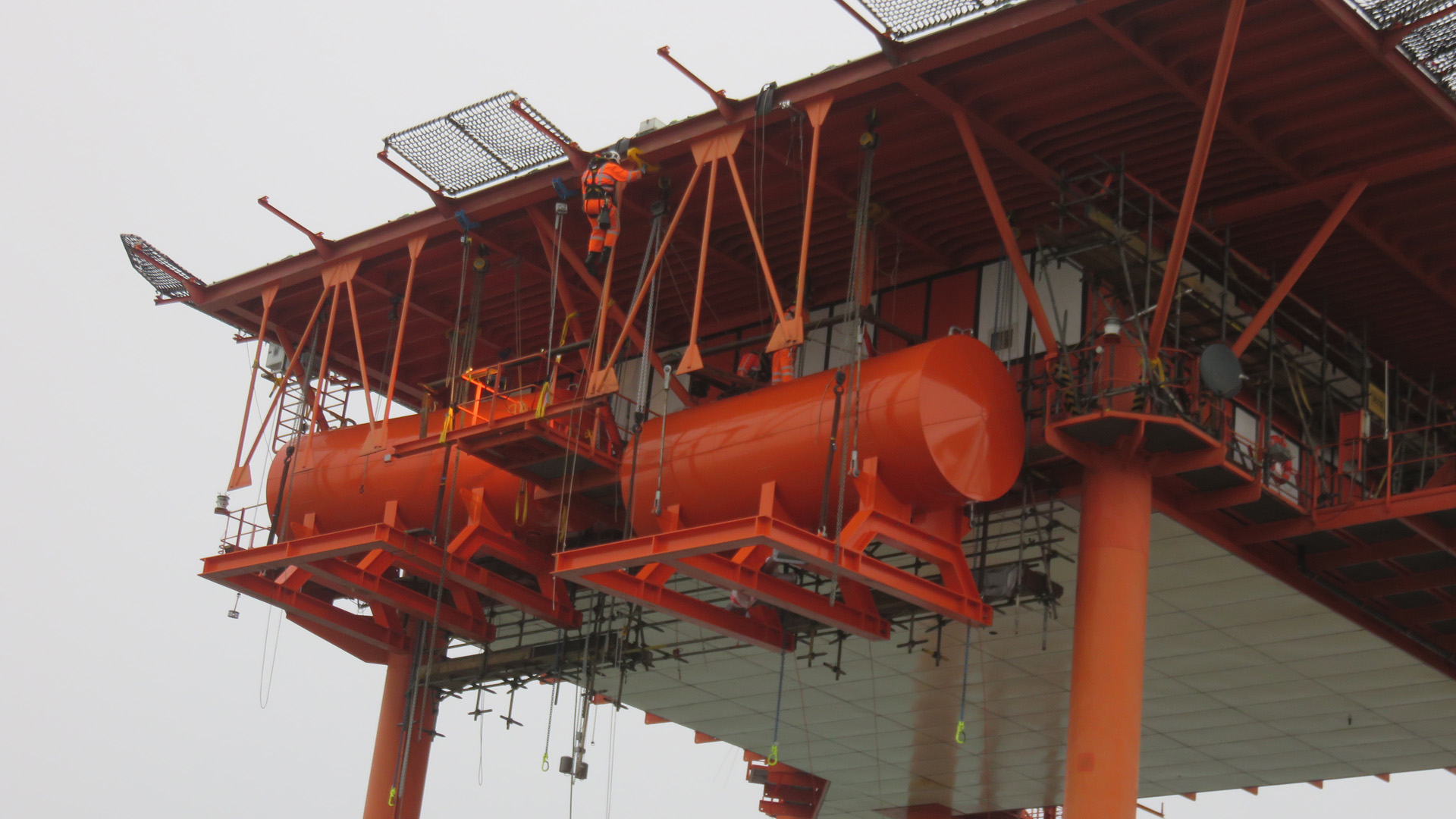 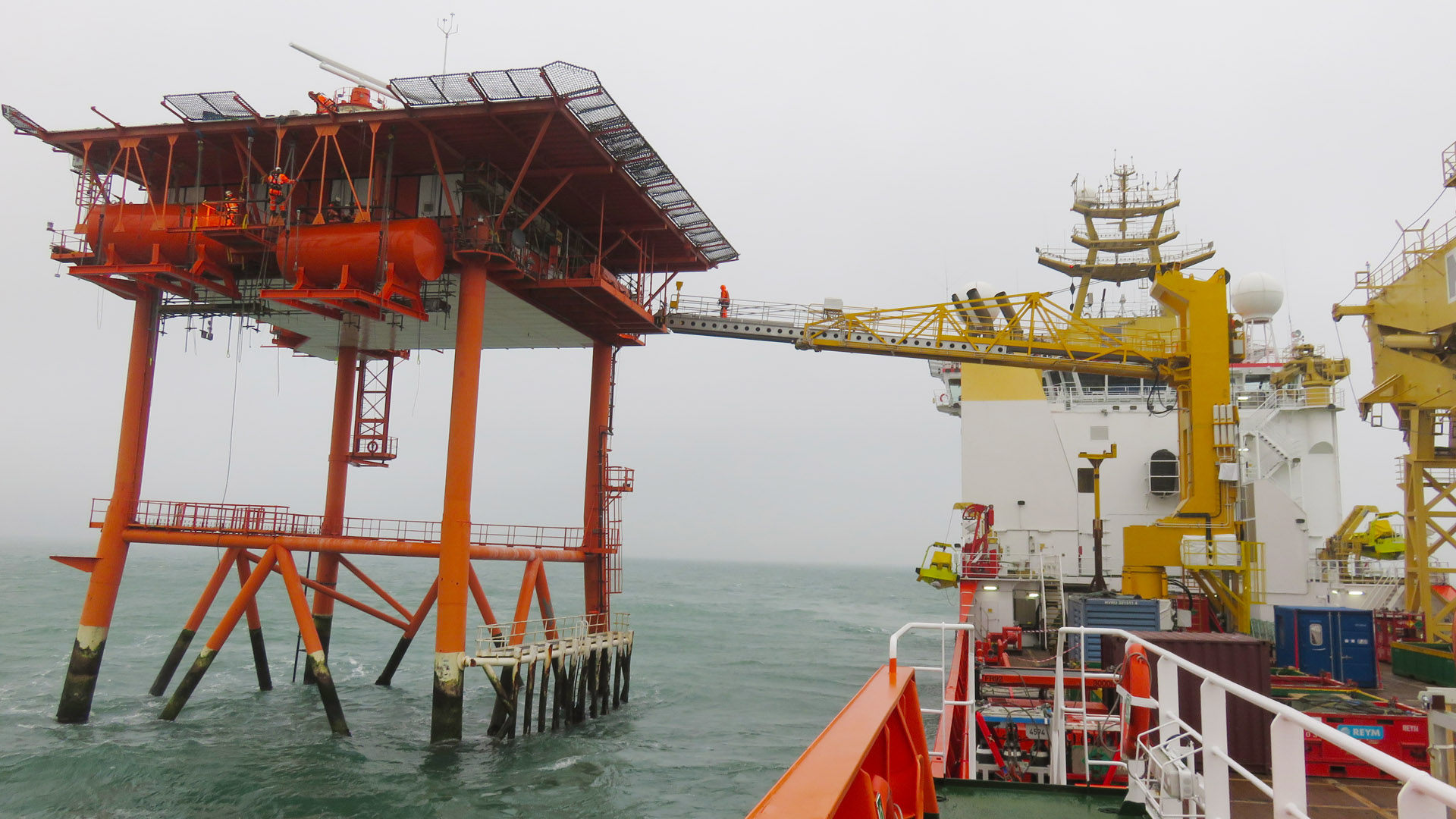 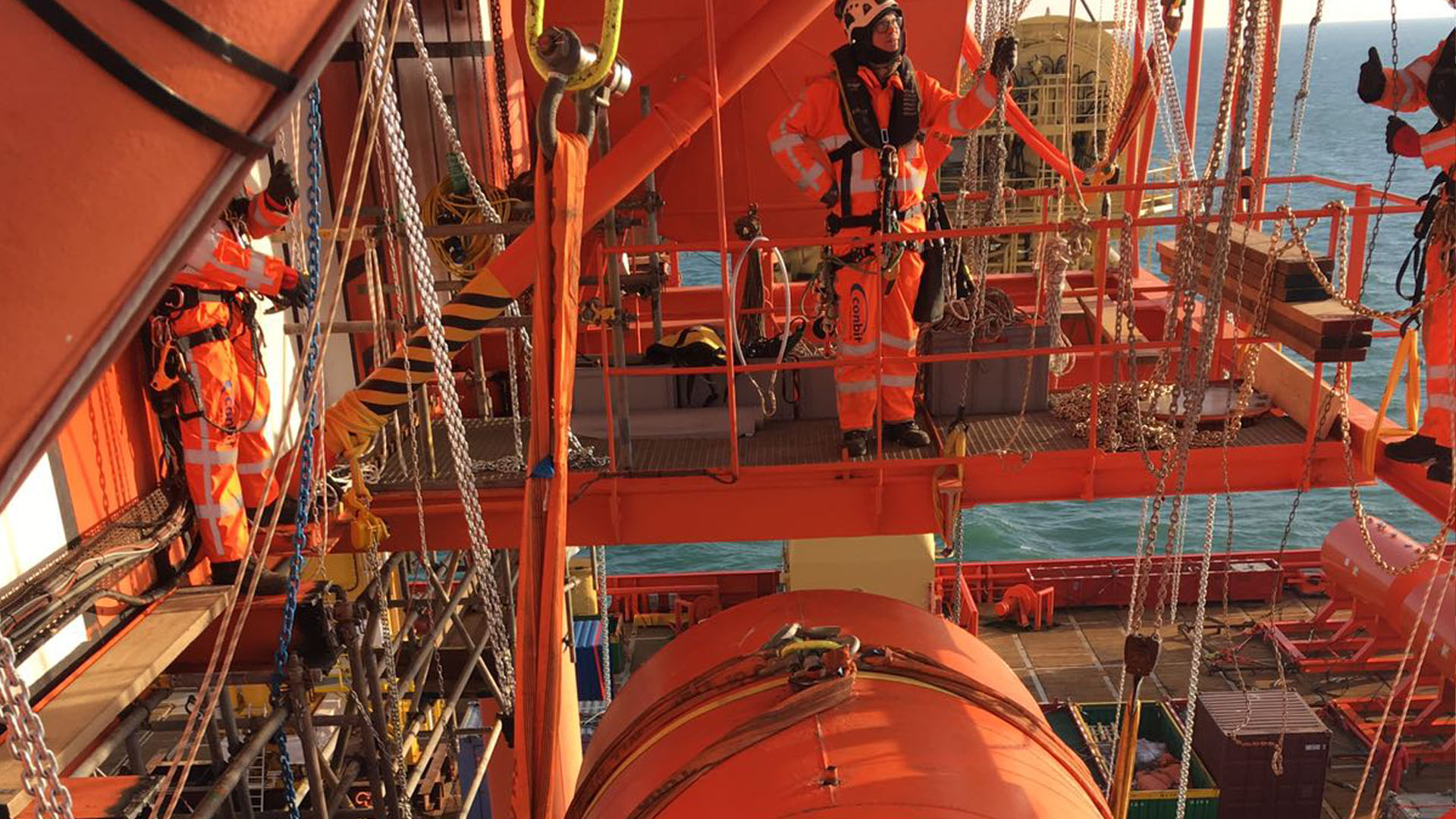