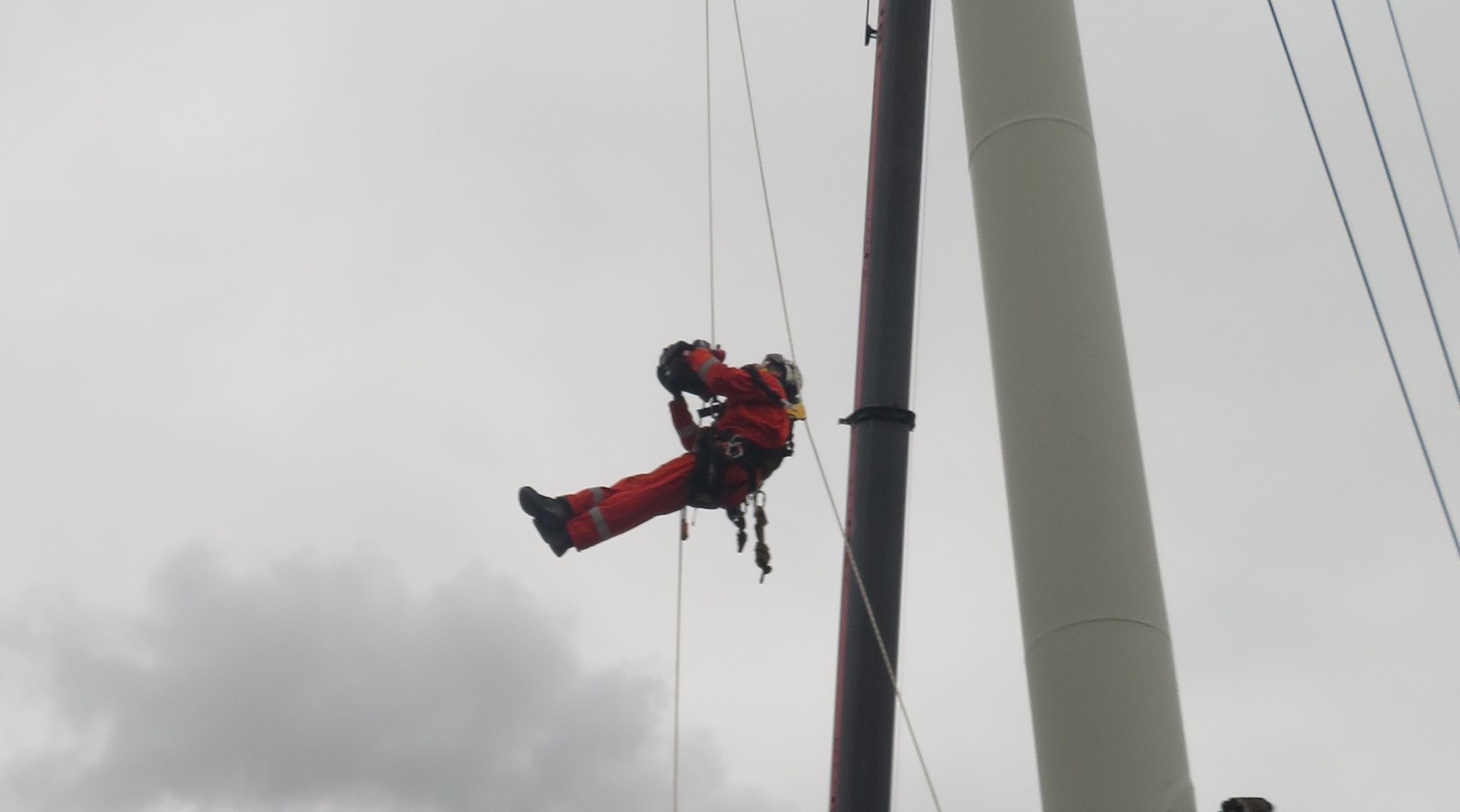 Midway through 2020, an important change in the Dutch national safety legislation was implemented. The Working Conditions Decree was amended to strictly restrict the use of man baskets in crane configurations. Among the new requirements were the need to get a written plan of operation approved by a certified safety advisor and the need to notify the labor inspection prior to commencing work.

And as the advisor, whose certificate gives them an official status within Dutch OSH legislation, shares the responsibility for the safe execution of the works. You can count on your plan being analyzed very, very diligently.

Although any change in legislation to better protect the safety of your employees is commendable in principle, they naturally lead to new challenges if, like Mammoet, the use of cranes is your core business. And especially in cases like the one presented below, the change comes into force right between your project's preparation and execution phases. 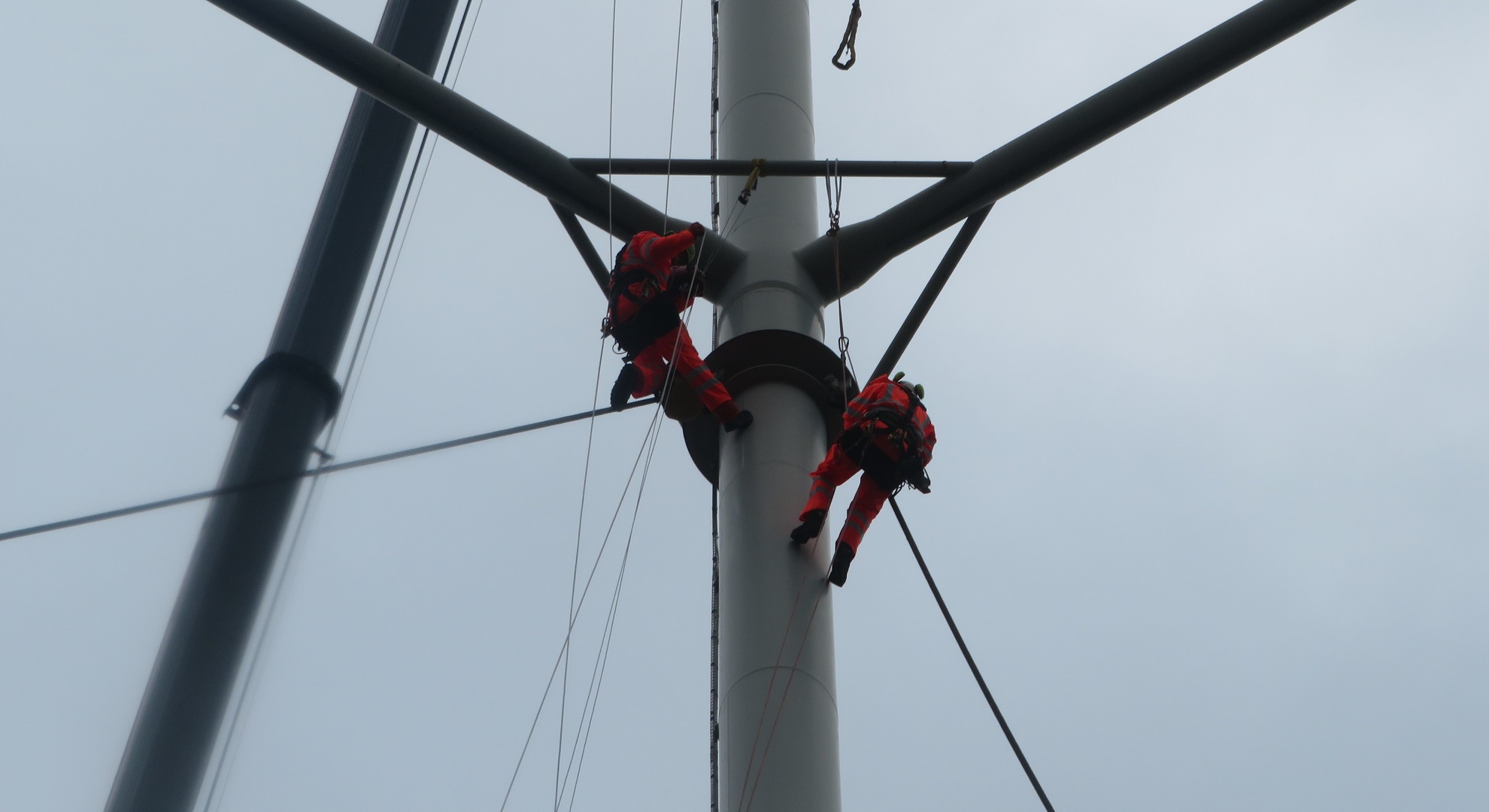 In late 2019, Conbit was contracted to perform onshore flare tip maintenance. The flare tip was located atop a 75-meter-high stack with no means of access to the flare tip platform or any of the guy wire connection points.

The project scope consisted of:

The execution was initially requested for April 2020 during the scheduled maintenance shutdown of the plant. However, the COVID-19 pandemic has put the world upside down. The shutdown was eventually rescheduled to October.

With a crane being required to lift the wires and flare tip, Conbit enlisted the aid of one of the Dutch Mammoet offices. It became a sister company when Mammoet and ALE merged during the preparation phase. During this time, Conbit planned to use a man basket as the primary means of access. The crane would already be in place. Conbit considered the risk profile equivalent to the best alternative, and it would be the most time-efficient solution.

Along came July and the subsequent presentation of our plan to the aforementioned safety advisor. And as the risk profile of using the man basket wasn’t substantially better than a feasible alternative, the plan was rejected, and Conbit went back to the drawing board.

To clarify, using scaffolding and a cherry picker was left out of consideration from the start. The former was abandoned because the exposure to the scaffold builders would nullify the risk reduction for our technicians several times over. Aside from the technical feasibility of building a 75-meter scaffold around a free-standing flare stack in the middle of a gas processing plant. After verifying with one of the country’s leading suppliers, the latter route was discontinued. It turned out that we, at Conbit, would not be able to obtain a model that would give us the reach we required.

Despite being Conbit’s bread and butter, rope access was initially planned as a secondary means of access. As indicated above, the risk profile was considered similar to using a man basket, with time efficiency being a key element here. Naturally, we want to give our client the most efficient solution in terms of costs.  But, in this case, time efficiency also means decreased exposure time to the hazards related to rope access and working at height in general.

The project plan was formally rejected. However, rope access got a more prominent feature in the execution. It didn’t mean we could say goodbye to the man basket altogether. As indicated, there was no means of getting into the stack to install anchors and access lines, and other conventional methods were impracticable. As such, the project was redesigned to deploy the man basket only to facilitate rope access.

Conbit revised the plan of operation accordingly. Risk assessments and procedures were updated, using Mammoet's extensive experience in using cranes and Conbit's knowledge of IRATA. The client was kept in the loop on this process and consulted for approval whenever necessary to manage expectations. They are also considered under the scope of the revised legislation.

After some discussion and clarification, the safety advisor accepted the revised plan, but the reach of the “long arm of the law’ didn’t stop there. The advisor’s shared responsibility for the safe execution meant that his own instructions were added to the plan. It consisted of delivering proof of meeting the stipulated requirements each day. These included, but weren’t limited to:

Due diligence was evidently a key factor here. To the advisor’s credit, the entire process was set up with typical Dutch practicability. In other situations, a person in his position might insist on attending the whole process from start to finish in person and gleefully invoice you for every hour spent on site. In our case, a mode was found where he could ascertain that all requirements were met and safe operation was guaranteed while minimizing his impact on project lead time.

Despite the weather forcing us to halt operations on multiple occasions, the project turned out to be a great success. The combination of man basket and rope access allowed for tailor-made access solutions to each part of the stack. The synergy between Conbit’s technicians and Mammoet’s crane operators and between the combined team, the client, and the other contractors on site, was excellent.

And last but certainly not least, a solution was put in practice that allowed for safe and incident-free execution of the works and was also up to date with applicable legislation. The result was a very satisfied customer and a Conbit team that was able to look back on the entire project with due pride. 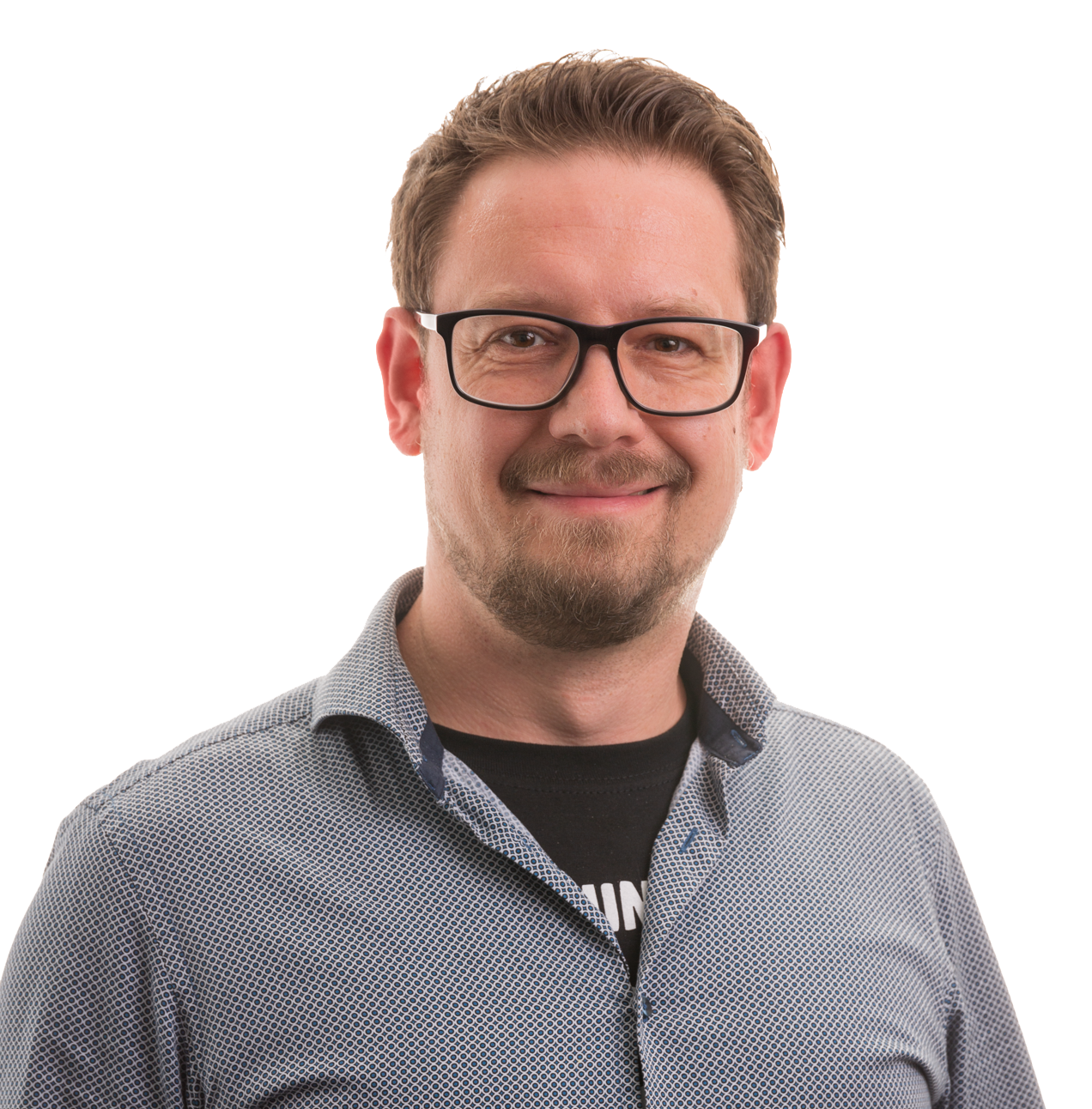 You can reach out to
Dennis van Lamoen
on
LinkedIn
or click one of the options below.
Call us
e-Mail

Look Into the Experiences of Conbit's Sales and Engineering Interns